Hail damage does more than make your car susceptible to rust. It also makes it harder to sell and detracts from its appearance. If you want to fix your car’s damage but don’t want to compromise your car’s paint job, consider paintless dent repair.

Paint matching technology is getting better and better, but differences in sheen and sealant can still make patches caused by traditional dent repair stand out. The different materials, even if expertly mixed and faded out, can make your car look discolored. Paintless dent repair, on the other hand, retains as much of the car’s original paint, sealant, and finish as possible. 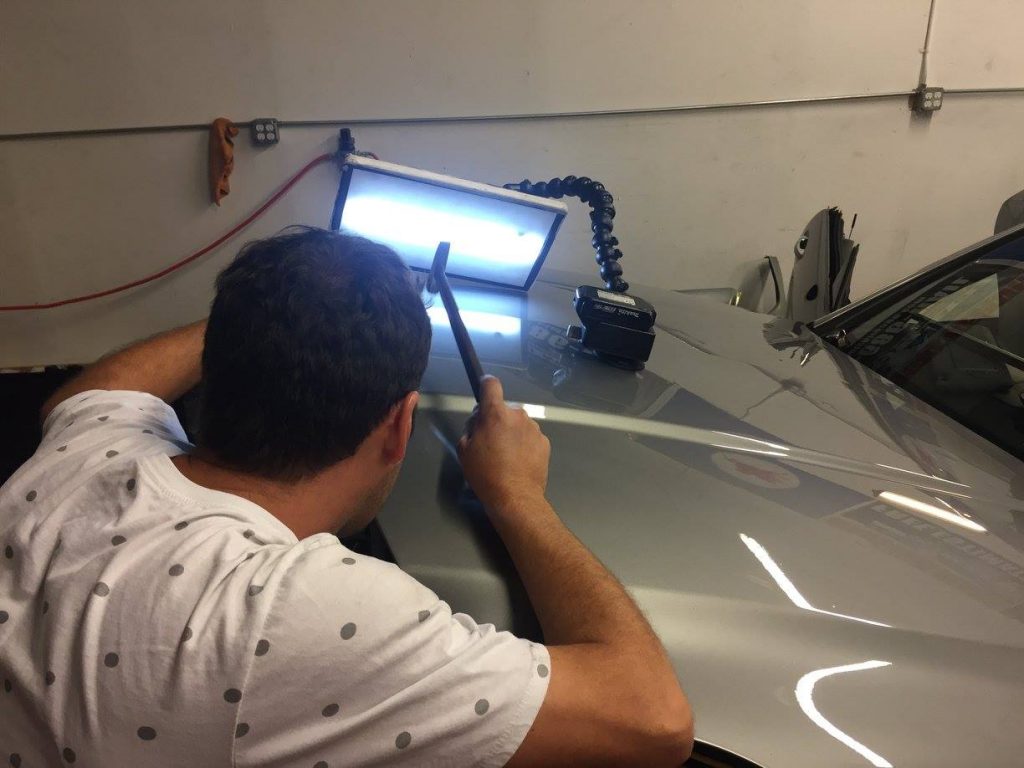 PDR reduces the use of filler.

In traditional repair methods, the paint and any developing rust are sanded away and the chemical fillers are added to level out the surface again. Not only chemicals take more time to apply and cure, the end product is still less of the original body. If you have a valuable car, especially an older model that’s valued for retaining the original parts, this can drastically lower the car’s value. But PDR is designed to pull the dent out of the body and leave as much as of the original body intact as possible.

Removing even small dents makes your car safer: the dents can crack or chip the paint over time and allow rust to set in, and that rust can eat away at the body even under the paint. But PDR also makes the previous damage all but undetectable. Go to Top Notch Image to set an appointment or to learn more about our paintless dent repair method makes your car look just like it did before the storm.

Please schedule an appointment for Auto Hail Damage Repairs & Vehicle Drop Offs/Pick-Ups to ensure our staff is available to assist you with your vehicle needs.

We are a specialty auto body shop focusing 100% on Auto Hail Repair.  If you live in the Dallas-Fort Worth Metroplex allow us to show you Hassle-Free Auto Hail Repair.  We offer a comprehensive list of hail damage repair services to repair all vehicles damaged in hail storms, no matter how minor or severe the damage.  We provide free vehicle pick up/delivery and waive most deductibles for our customers.  All we do is hail and we do it well!
Read More

Thank you so much for saving my insurance deductible and fixing my Altima after the recent hail storm. I was at work when the storm came and could only think that it would be impossible for me to come up with $500 to pay my insurance deductible. You saved me $500 and repaired my car beautifully. When I got it back it was dent free and detailed! Thank you again for helping me out with the deductible and doing such a great repair.

Scroll back to top